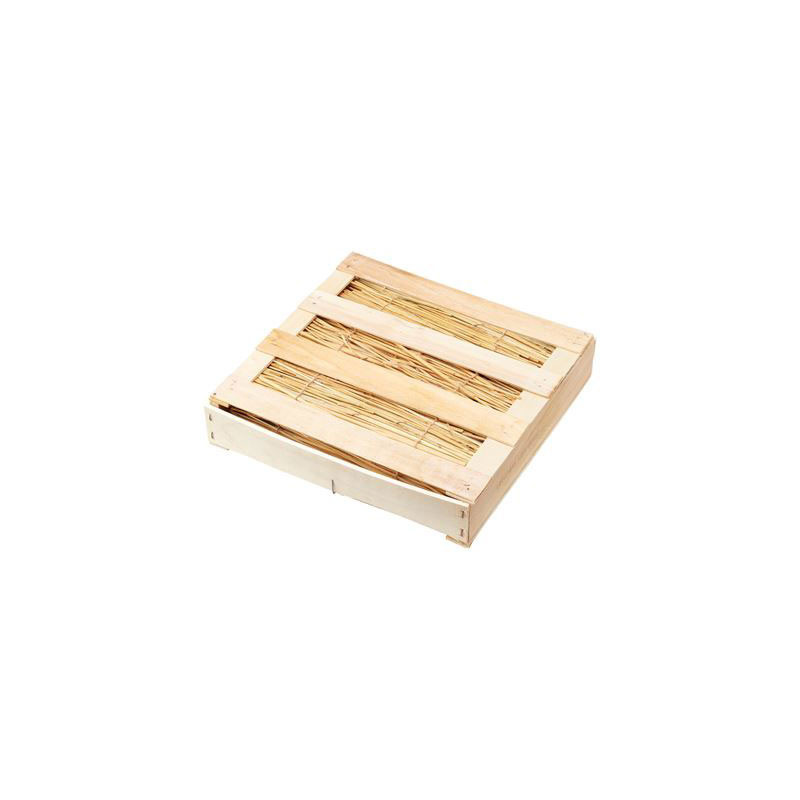 Origin of the Product: Brie de Melun AOP is a lactic acid cheese which varies according to its degree of ripening between 5 to 10 weeks. Its production extends between the downstream of the Marne valley and the central part of the Seine valley. In the 17th century, it was put forward through La Fontaine's famous fable "Le corbeau et le renard".

History of the producer: In the heart of Seine-et-Marne, in the heart of the Bries de Melun AOP production area, the small cheese factory of around ten people makes and refines Brie de Melun AOP in the controlled atmospheres of its cellars. The St Faron cheese dairy in Meaux works with 14 producers of PDO milk in the region. Brie de Melun AOP is made exclusively from raw milk and molded with a ladle. Its powerful character, its strength, its fondness and its slightly salty side distinguish it from its cousin de Meaux.

Selection of Laëtitia: I like this cheese for its smooth texture and the balance between typical and mushroom aromas. I would like to highlight it to highlight its more marked character than its cousin, Brie de Meaux AOP. Its whole format allows to keep all its organoleptic qualities and its maintenance.