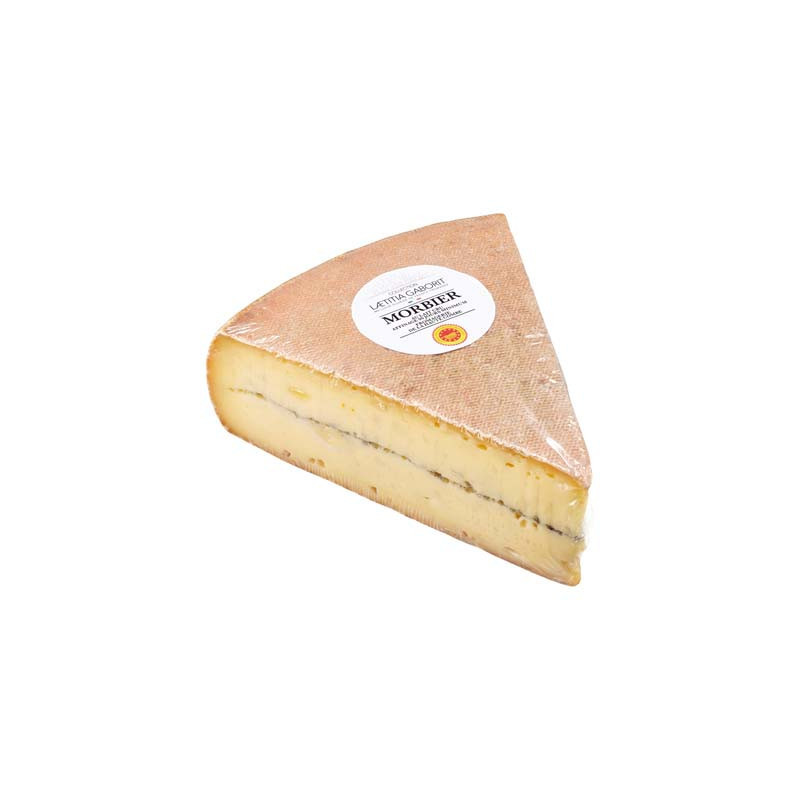 Origin of the Product: The peasants in Franche-Comté prepared this cheese in two batches: the morning milking was molded then covered with a thin layer of wood ash to protect it, to which they added the second milking in the evening. Morbier AOP is made from milk from Montbéliarde and Simmental, its ash is now replaced by charcoal. It is produced in the Jura Massif.

History of the Producer: Since the creation of the cheese dairy in 1907, three generations of passionate cheesemakers have followed one another, perpetuating the values ​​of tradition and know-how. Today it is Jean-Charles Arnaud who maintains the secrets of maturing bequeathed by his ancestors as a real treasure. The Morbier AOP from Fromagerie Arnaud is made and matured in the heart of the Jurassian massif, in its own fruit farm in Haute Combe in Septfontaines in the Doubs. It has a long maturing period of 90 days, the promise of a cheese with character and strong flavors.

Selection of Laëtitia: I didn't want a classic Morbier, hence the choice of maturing. This gives it more typicality while keeping a supple paste. Aromatic and fruity, we can find a hint of bitterness from time to time characteristic and pleasant. A must-have for cheese platters and classically used in raclette, I also enhance Morbier AOP pancakes. Try it, it's a real treat for the taste buds!