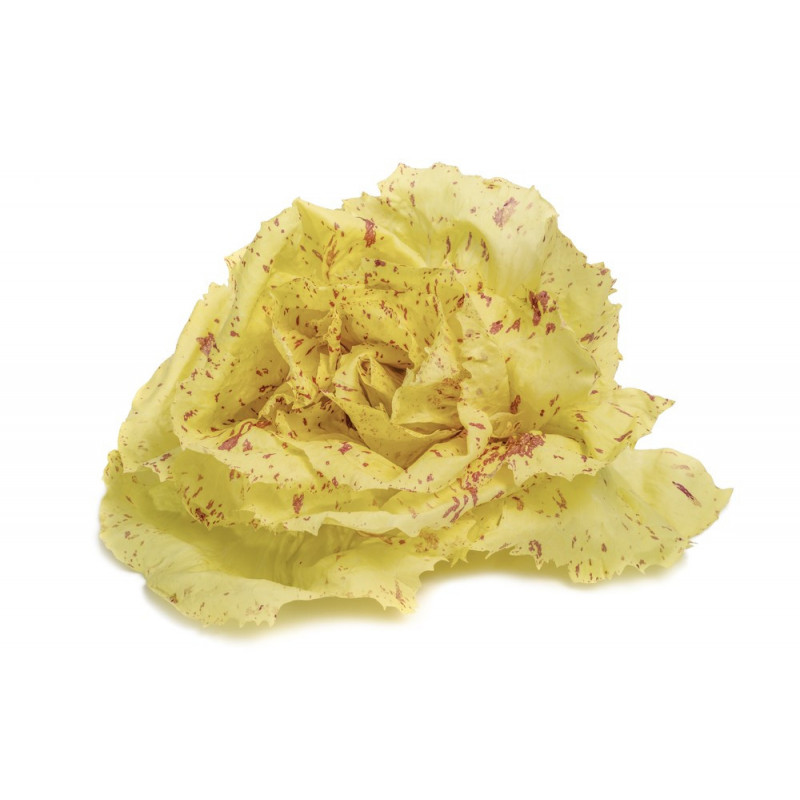 This Italian veggie is very unique with its Yellow leaves with red to purple spots, only available during the winter season. Castelfranco Radicchio is a heirloom variety, obtained from crossed radicchio trevisano and escarole, also called winter rose for its lovely look.

It first appeared in the 17th century and bears the name of the city where it was originally cultivated: Castelfranco Veneto. This salad is quite mild, allowing it to be served in salads, and can also be cooked in many applications, such as sautéed, in pizza, risotto or soups.